A customer contacted us for stripping and waxing services in December of last year. The first night working on the job, we immediately realized there was an uncommon amount of wax on the floor.

As it turned out, wax had been applied to the floor on a weekly basis for roughly five years. A situation like this can be a floor technician’s worst nightmare. The intensity of the labor and amount of time and materials required is greatly increased.

Never one to back out of a tough job, Fail-Safe began negotiating for a price adjustment to compensate for the extra labor and materials. Naturally, the customer wanted to shop around and get the best deal possible.

One of the big companies here in Amarillo quoted them a price that was over two times what Fail-Safe had proposed. Without going into the specifics, here’s how their pricing compared:

The other guys: $1.37 per square foot, estimated completion time of three days

The customer decided to go with Fail-Safe. How did it turn out? 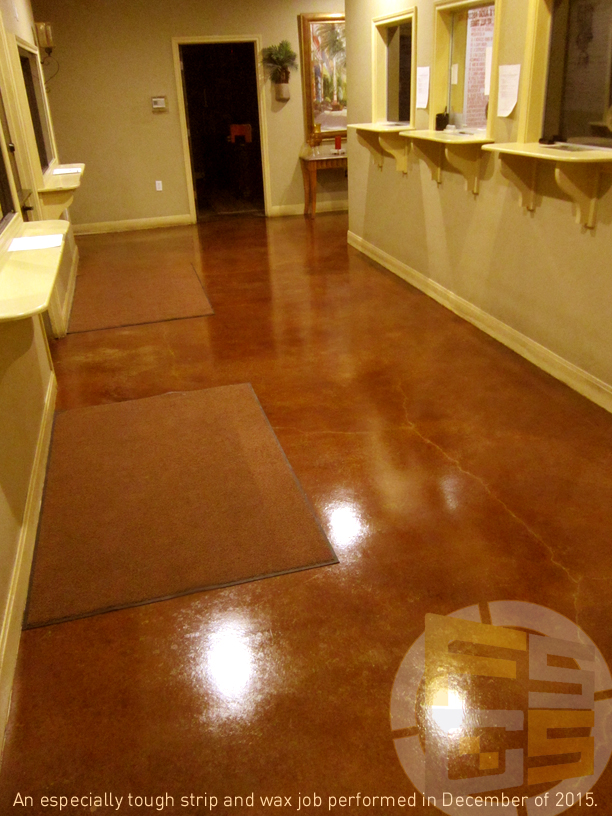 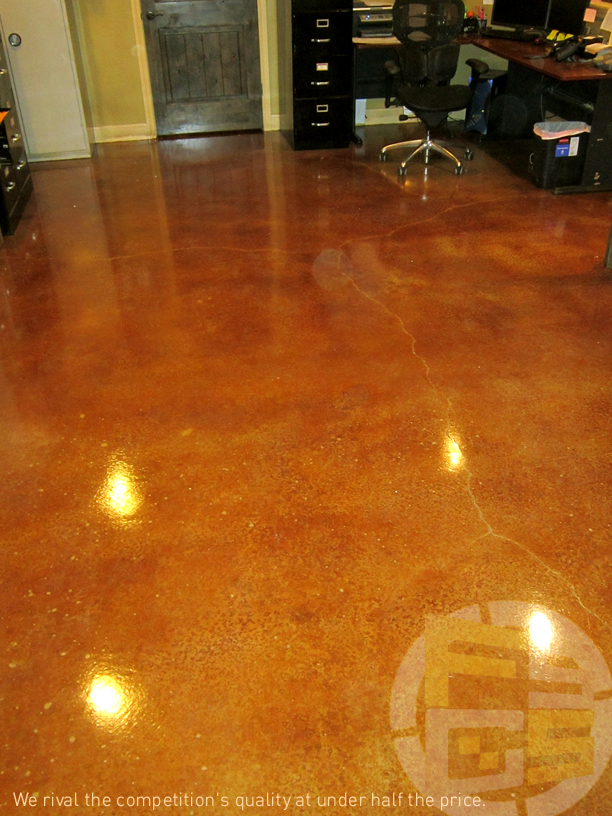 Three days later, with a crew of one and at under half the cost of the competition, Fail-Safe leaves the customer with a beautiful floor to be proud of.

We’ve wondered ever since, why did the other company charge so much? Is it because they were going to hire a whole crew to help move furniture? Was it to cover the cost of labor for a whole crew to work three days? Were they going to use a more expensive product to strip the floors? We’ll never know, but it’s clear that in this situation, our competition couldn’t match our pricing.

But we were able to match their quality.